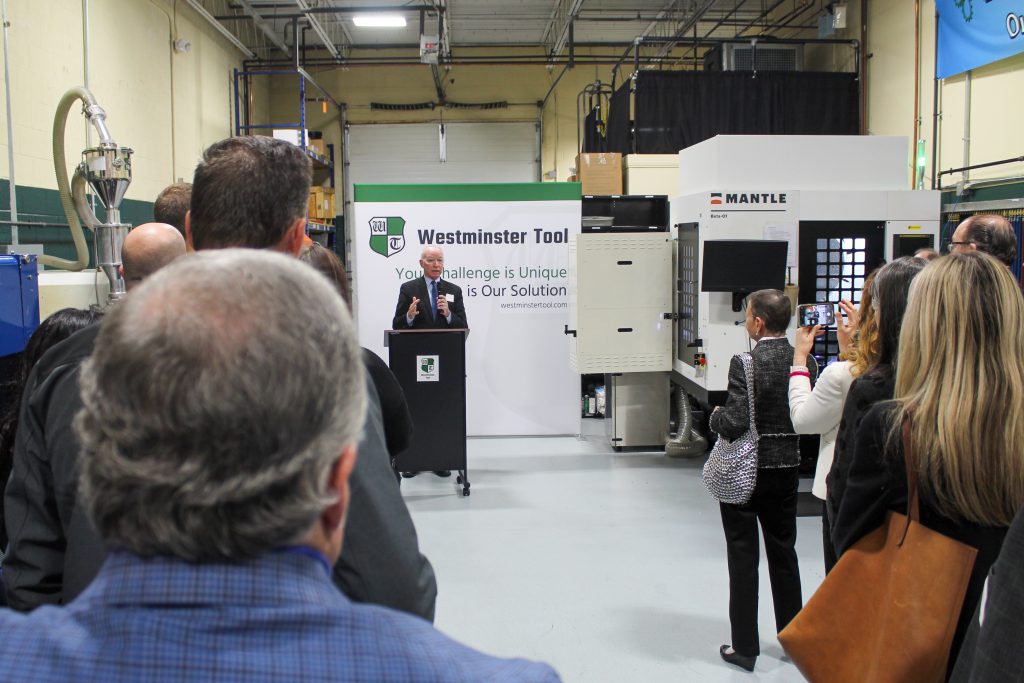 Industry leaders and state officials gathered at Westminster Tool last week to introduce the company’s metal 3D printing capabilities. The event brought together politicians, educators, administrators, and workforce development organizations all to showcase the new Mantle beta machine, one of the first of its kind. The latest addition to Westminster Tool’s facility marks a symbolic step forward in advancing opportunities for small manufacturers in the state of Connecticut.

Supported by Governor Ned Lamont’s Additive Manufacturing Adoption Program (AMAP), Westminster Tool’s equipment purchase was made possible by partnerships with the Department of Economic and Community Development (DECD), the Connecticut Manufacturing Innovation Fund (MIF), and the Connecticut Center for Advanced Technology (CCAT). Last year, Westminster Tool was one of six recipients in the state to be awarded the AMAP grant.

Thursday’s event was the first time the beta machine was seen up and running by the community as well as by Westminster Tool’s partners and customers. The live demonstration showed Mantle’s unique hybrid additive process building a hardened H13 injection mold cavity with conformal cooling for a complex automotive part.

“We wanted to bring together all the organizations that not only helped to make the acquisition of this technology possible, but everyone in our community that directly benefits from this,” said Westminster Tool President and Owner, Ray Coombs. “This technology has major implications for manufacturing education in the state, and this is only the beginning.”

State officials spoke to the importance of small businesses having access to support in order to drive technology in the state forward. Congressman Joe Courtney shared, ­“Westminster Tool’s leadership and example is now being recognized not just here in your community, not just in the state of Connecticut, but across the country.” Together, these relationships and initiatives have helped to establish Connecticut’s reputation as a place of innovation.

“Since taking office in 2019, Governor Ned Lamont and I have been on the same page when it comes to leveraging partnerships and making government work for the businesses we have here in our state,” said Lt. Governor Susan Bysiewicz. “We need to find new ways to inspire companies to be innovative and bring us into the 21st century, and that’s exactly what Westminster Tool is doing.”

The nation as a whole is looking more and more to 3D printing as an answer to industrial and economic obstacles. “This is the future,” said Paul Lavoie, Chief Manufacturing Officer. “The reason why this is the future is because we are having difficulty with getting skilled toolmakers. With President Biden’s program called AM Forward, it’s accelerating the adoption of additive manufacturing across the United States. Connecticut is a leader in that adoption.”

The morning press event was followed by a technology showcase for customers and prospects, where Westminster Tool highlighted more technology adopted in the last few years. With more than $1.5 million invested in the last two years, the company invited customers and prospects to tour the main facility, followed by a networking reception at the company’s second facility.

This celebration marks the first time Westminster Tool has opened its doors to the public since before the pandemic, and a lot has changed since then. “We take immense pride in all of the new technology added here and the improvements made on how we train our team on that new technology,” added Coombs. “What makes us unique is our people paired with technology, and that kind of magic deserves to be seen in person.” 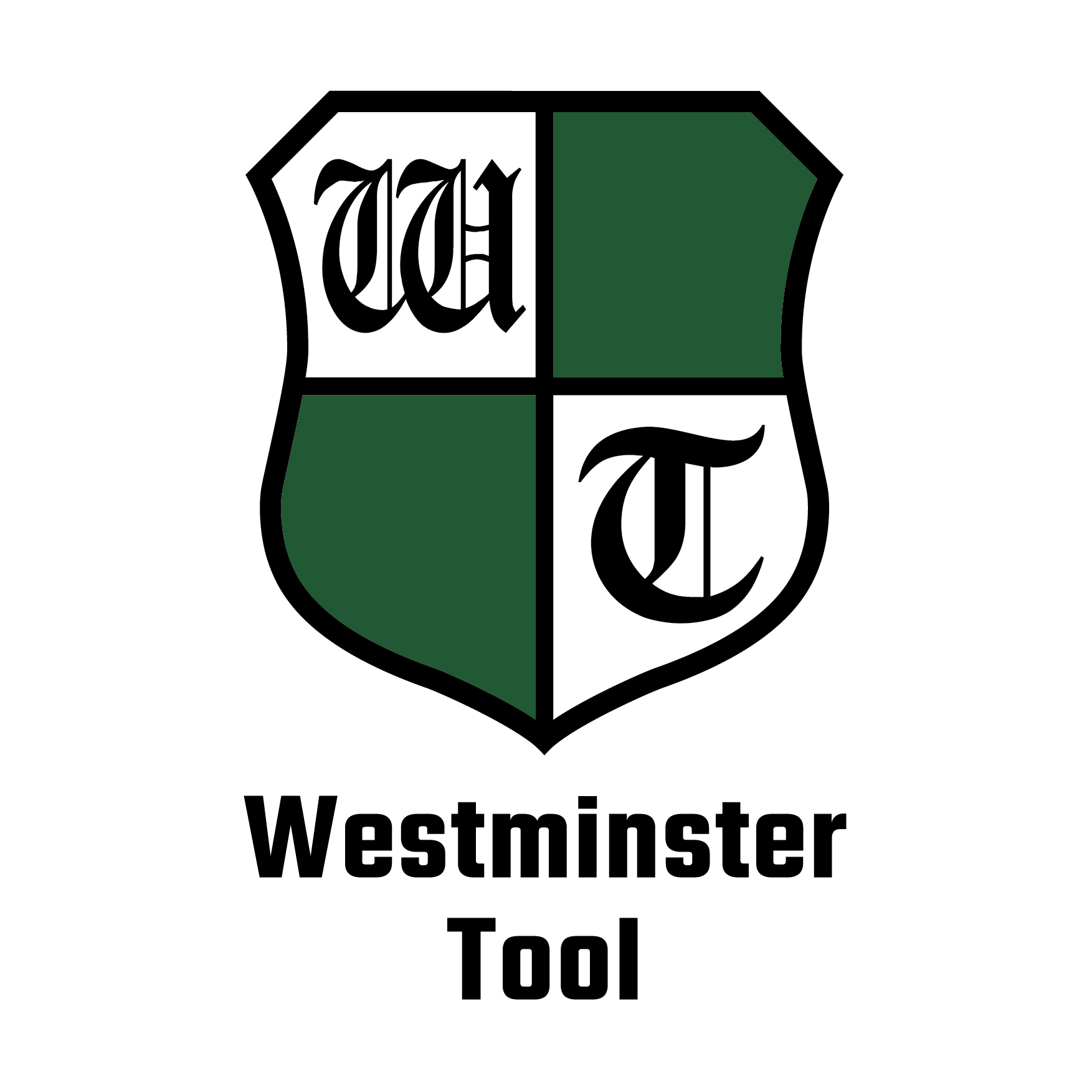 Our unique employee-centric business model has helped us to grow from a single person operation to a world class manufacturing firm with over 40 employees. This business model focuses on giving our employees the interpersonal and technical tools to help them succeed.